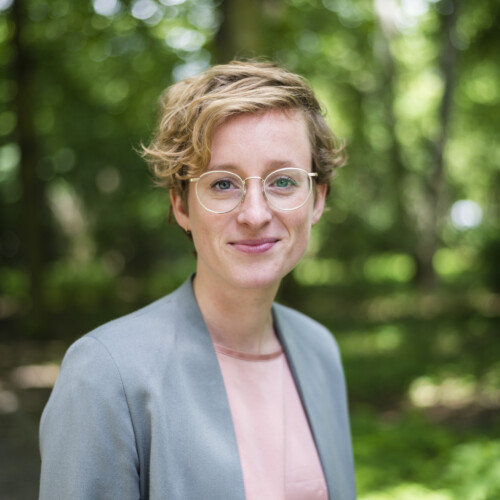 "I want to make the voice of the people with whom we fight discrimination and disadvantage and for a more just society heard - in court as well as in public."

Lea Beckmann joined the GFF legal team in 2018. She is responsible for the coordination and substantive work on the GFF's proceedings and has a working focus on proceedings against discrimination. After studying law in Heidelberg, Strasbourg and Berlin, she worked for a year in Tunis, among other things as a 'Carlo Schmid' scholarship holder on projects on penal reform and the transitional justice process after the revolution there. Her subsequent legal clerkship included positions at the German Foreign Office, the European Center for Constitutional Rights e.V. and the International Criminal Court. She also worked for some time as a research assistant at a major law firm on public law issues.

Most recently, Beckmann worked as a research and policy advisor at the German Institute for Human Rights. The focus of her work there was on the rights of persons with disabilities, particularly in the psychiatric context.

TOPICS FOR INTERVIEWS AND BACKGROUND DISCUSSIONS