Jump to content
The GFF complaint against the Bavarian domestic secret service's excessive powers was heard orally at the Federal Constitutional Court. "We must prevent disproportionate surveillance of innocent people by secret services from becoming the norm, as is now the case in Bavaria. The GFF therefore does not limit itself to taking action against violations of fundamental rights by federal laws in its campaign for civil liberties. We also take constitutionally questionable laws in different German states to court.

The lawsuit by the Society for Civil Rights (GFF), which has been coordinated over the last four years, was finally heard orally in Karlsruhe on 14 December 2021. The hearing shows that the constitutional judges are skeptical regarding the current powers of the Bavarian secret service. Especially the blurring of the competences of police and secret services raised questions. The GFF's action in this case is financially supported by the Stiftung Erneuerbare Freiheit.

The amendment to the BayVSG, which came into force on 1 August 2016, gives the Bavarian domestic secret service extended surveillance powers which, in the service of "internal security", encroach even more broadly and deeply on the fundamental rights of the population than is the case in other secret service laws of the different German states as well as the federal government.

Who is bringing the complaint?

The plaintiffs are several individuals who, as officers or members of organisations mentioned in the Bavarian secret service report on the protection of the constitution, can credibly claim to be the subject of intelligence surveillance. These organisations include in particular the Bavarian branch of the Association of the Persecuted of the Nazi Regime - League of Anti-Fascists (VVN-BdA).

One of the plaintiffs is the Augsburg senior physician Dr. Harald Munding, state spokesperson of the VVN-BdA. In an interview with the Süddeutsche Zeitung he described his many years of observation by the Bavarian VS as "stigmatisation" and the mention of an organisation in the secret service report as "intimidation policy that works".

The constitutional complaint was drafted by Prof. Dr. Matthias Bäcker (Johannes Gutenberg University Mainz) and has been pending before the First Senate of the Federal Constitutional Court since the end of July 2017 (file number: 1 BvR 1619/17). The expert in information law and data protection law is already working with the GFF as a litigation representative in the "G 10" proceedings.

What is the constitutional complaint about?

The powers in the Bavarian Constitutional Protection Act (BayVSG), which the GFF believes are disproportionate and therefore unjustifiable under constitutional law, include:

Which specific aspects are incompatible with the constitution?

In the GFF's opinion, the legal provisions being challenged are constitutionally untenable for several reasons. The access of a secret service to telecommunications data stored with the providers already violates federal law and is unprecedented in Germany. This is due to section 113c (1) no. 2 of the Telecommunications Act (TKG) providing that "retained data" may only be transmitted to a "danger prevention authority" of a German state. A domestic secret service, however, is separate from the police and not a danger prevention authority. The strict separation of police and secret services is a lesson learned from the time of National Socialism.

Moreover, the law in many places does not set any conditions for accessing data. This means that there is no guarantee that surveillance measures will not be used even against uninvolved contact persons without sufficient cause. The Federal Constitutional Court requires for surveillance powers directed at individuals that the legal basis clearly regulates a sufficiently weighty reason for the respective measure and that the target person concerned is in a sufficiently close relationship to the reason for the measure. Hence, surveillance measures by the intelligence services are constitutionally inadmissible if they severely encroach on civil liberties even before any concrete danger has been identified and/or if they are carried out against persons who are not themselves responsible. Many of the new powers in the BayVSG do not meet these requirements: instead, they enable broad surveillance even in the case of a diffuse threat situation, which also affects completely non-suspect individuals.

In addition, the "grand eavesdropping attack", for example, allows for automated permanent surveillance. However, the Federal Constitutional Court demands sufficient safeguards to protect the core area of private life - which is completely lacking. The BayVSG also lacks the constitutionally required protection rules in favour of professional secrecy holders such as doctors or lawyers for most surveillance measures. In some places, they make an inadmissible distinction between defence lawyers and other lawyers.

In the case of covert surveillance measures such as the use of informers, the BayVSG does not provide for a prior check by an independent body. In addition, the persons affected by the secret surveillance are not sufficiently informed afterwards, hence their own right to information is excessively limited. Without transparency, however, effective legal protection is made impossible; hence, fundamental rights cannot be effectively enforced in individual cases. Finally, the authority of the Bavarian secret service to pass on collected data to domestic and foreign public bodies or to non-public bodies goes much too far.

Consequences of the constitutional complaint

In the GFF's view, this case concerning the BayVSG has a signalling effect: in order to protect fundamental rights, it is necessary to prevent other domestic secret services from taking an example from the "pioneer" Bavaria.

Even beyond the field of intelligence services, it is important to the GFF to take action against constitutionally dubious encroachments on freedoms not only at the federal level, but also in the German states. 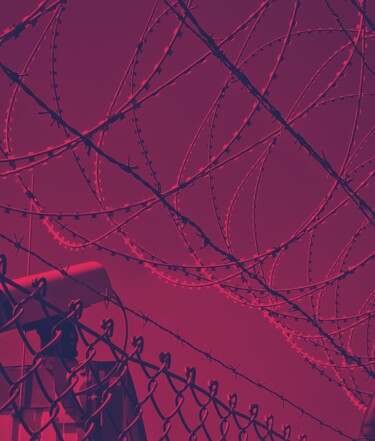 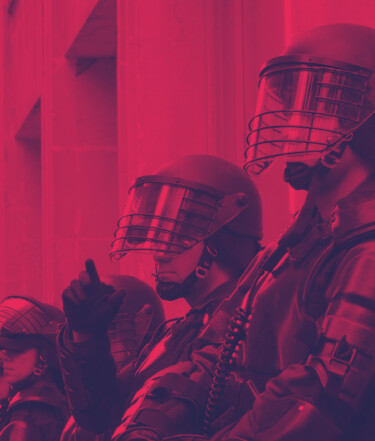 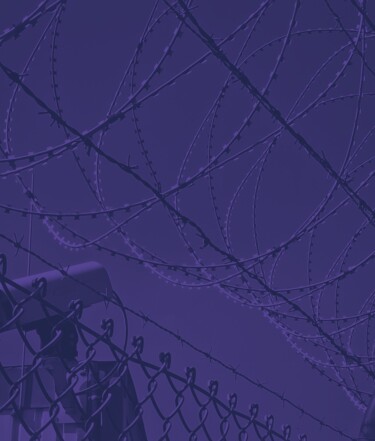