Jump to content
Because of her online dating profile, high-ranking Bundeswehr-military officer Anastasia Biefang received a disciplinary reprimand. The wording of her search for sexual partners went too far for her employer: on her profile, Biefang, who is in an open relationship, was clearly looking for unbound sex with people of all genders. The officer fought against the reprimand all the way to the Federal Administrative Court - so far unsuccessfully. Together with the GFF, she is now going to the Federal Constitutional Court and fighting for her right to sexual self-determination, to non-discrimination because of her sexual orientation and to freedom of expression 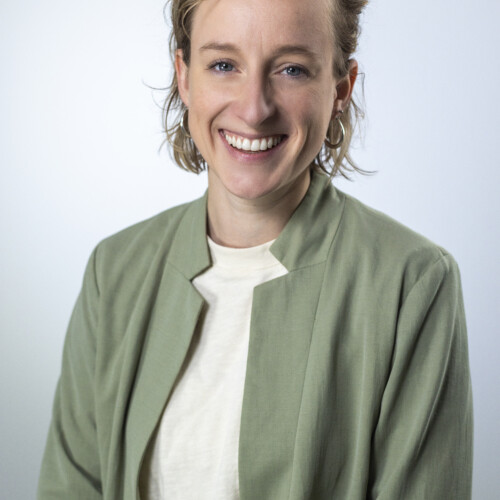 "A female officer seeks sex on Tinder in no uncertain terms - the Federal Administrative Court sees this as endangering her respect and official authority among her subordinates. That she is interested in people of all genders is interpreted as sexual indiscriminateness. In this way, the Federal Administrative Court revives the sexual morality of the 1950s and discriminates against her because of her sexual orientation. This decision violates fundamental rights and must not be allowed to stand."

Are state employees - even in high-ranking leadership positions - allowed to use dating platforms and openly seek sex? The case of Anastasia Biefang ignites on this question. The high-ranking federal military officer lives with her wife in an open relationship. In her search for sexual partners, Biefang used the dating app Tinder. In 2019, an illegally created screenshot of her Tinder profile was leaked to her superior.

As a result, investigations were launched against her and her superior even wanted to relieve Biefang - then battalion commander - of her post. Because the accusation was that her Tinder profile was damaging the reputation of the Bundeswehr and undermining her own authority as a leader. Her employer ultimately issued her a disciplinary reprimand. Biefang defended herself against this - first before the military service court and finally also in court, all the way to the Federal Administrative Court.

Private life protected by fundamental rights even for civil servants

The 2nd Military Service Senate of the Federal Administrative Court had confirmed the reprimand of the Bundeswehr in May and justified it in September: Biefang was allowed to use dating platforms, the court said. However, it must avoid "ambiguous exaggerations" and the impression of "sexual indiscipline". In particular, the reference "all genders welcome", i.e. that Anastasia Biefang is attracted to people of all genders, could create the impression of "sexual indiscriminateness" and "sexual indiscipline". Thus, an unsuspecting third party might believe on first, cursory reading that she wants to act out her sex drive without restraint.

This accusation clearly restricts the officer in the exercise of her fundamental right to sexual self-determination. Such encroachments on fundamental rights in this essential part of private life are only constitutional if there are sufficiently viable grounds for justification - if, for example, someone could come to harm. However, this circumstance is neither recognizable nor presented. The GFF evaluates the reference of the Bundeswehr and the decision of the BVerwG as clearly unconstitutional. The right to sexual self-determination as a manifestation of the general right of personality also applies to government employees. The prohibition of discrimination also prohibits interpreting her sexual orientation as "sexual indiscrimination" and imposing silence on her in this regard. Freedom of expression also protects profile texts on Tinder and prohibits state officials from distorting or interpreting statements in a detrimental way. They are not allowed to dictate to public officials the words they use in their private lives to express their sexual orientation and form of relationship. Nor may certain forms of relationships, such as open relationships, be discriminated against and devalued.

Freedom must not depend on an imaginary third party

After the Federal Administrative Court had initially accused the officer of "lacking integrity of character" due to her dating profile in its own press release in May, it now shifts the accusations to imaginary third parties in its reasons for the decision. Thus, her subordinates could lose the necessary respect and trust in her as a superior because of her dating profile. In particular, they might suspect that Biefang is not adequately investigating allegations of sexual harassment within the Bundeswehr because of her own sex life.

That the dating profile could result in damage to the image of the Bundeswehr is rejected even by the Federal Administrative Court.

The GFF is particularly critical of the figure of the imaginary third party. It must not be the case that fundamental rights are prophylactically restricted in order to protect uninformed third parties. "The judges fear that uninvolved, thoughtless third parties could suspect an uninhibited sex life in Ms. Biefang. Making her freedom dependent on the assumptions of imaginary third parties turns the protection of fundamental rights into the opposite," says procedural coordinator Lea Beckmann. Moreover, the insinuation that Biefang's consensual and legal sex life prevents her from clearing up allegations of sexual harassment is untenable. There is no connection whatsoever between the two facts. In order to strengthen the right to sexual self-determination and to ensure that the figure of the third party worthy of protection does not become a standard of freedom, we are joining Anastasia Biefang in taking legal action before the Federal Constitutional Court to obtain a fundamental ruling.

Time for a ruling from Karlsruhe

Because the consequences of the decision of the Federal Administrative Court are serious for many people: it does not only allow an employer (in this case a state employer) to restrict the private living out of the chosen relationship models and one's own sexuality and to relate it to professional authority. The press release published in May as well as the reasons for the decision of September 14 read like a socio-political step back into the 50s of the last century: The judicial argumentation is carried by a sexual morality that restricts especially women and queer people. 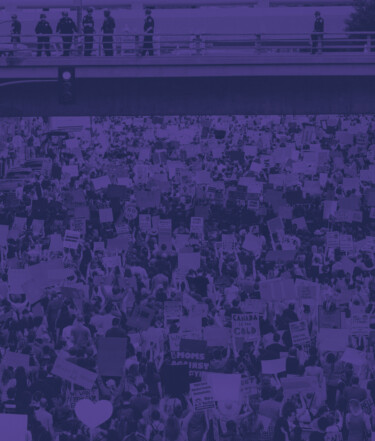 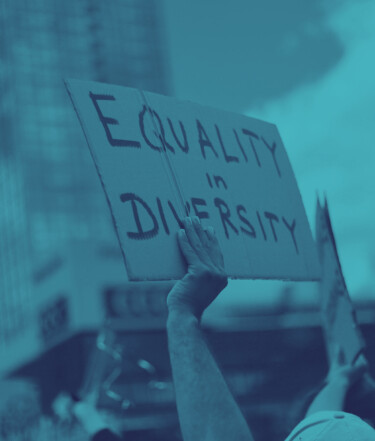 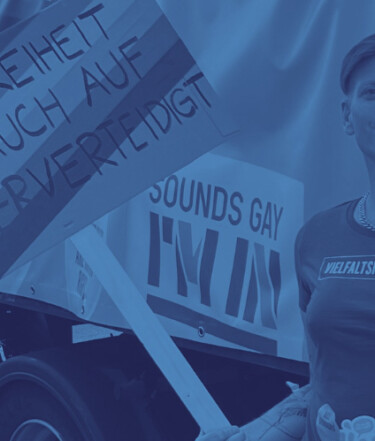 Together for the right to a self-determined love life